Stranded is available for pre-order here.

Now, for a sneak peek…

I woke up early on Sunday, ready for another day of rural living, gardening and reading a new book. Just like every other day that I hadn’t any need to travel to town, I looked forward to the peace and relaxation, and even swallowed down my paranoia.

At least until he came.

To say that I was startled by the knock on my door would be an understatement. I not only jumped out of my chair, throwing my book across the room, I even hightailed it to my bedroom, ready to hide under the bed.

I really hated feeling weak like that. So I took in a deep breath and steadied my nerves, willing my heart to beat at a normal rate. With anger flaring in my blue eyes, I swiped my long blonde hair out of my face and stomped to the door, keeping a hand on my trusty blade.

I snapped the three deadbolts back and clicked the lock on the handle, leaving only the chain lock attached, and slowly opened the door until the chain snapped taut. A man, maybe early thirties, with short, dirty-blond hair and blue-green eyes stood on the other side wearing a black wife beater and a pair of blue jeans.

Despite his tattoos, a jester, a cross and an eight ball, plus other homemade tattoos he probably got in prison, he didn’t have that bad boy look about him. He had kind eyes and an even kinder smile, which put me on my guard immediately.

He was up to something.

My knuckles turned white from the death grip I held on my knife, and I snapped, “What do you want?”

“I’m sorry to bother you,” he said with just a hint of a southern drawl, “but my car broke down about a quarter of a mile back, and yours is the closest place. Could I borrow your phone for a minute?”

“I don’t have a phone!” I snapped, slamming the door in his face.

The second the door clicked shut, I collapsed against it, falling to the ground. My breaths came in short bursts, and I felt myself beginning to hyperventilate. It was a close call; I knew it deep down in my core. He was lying, pretending to need help.
I knew what he really wanted. He wanted to use me, force me against my will, and leave me broken and battered after he had had his way with me. He wanted what all men wanted, to subjugate women, exploiting their vulnerabilities.
I would not let that happen.

Gripping the handle of my knife for all I was worth, I crawled over to the window and peeked outside, fear pumping through my veins. The man had walked off my porch, but had only taken a few steps. He stood facing the road, which was blocked by countless maple and oak trees, with his hands on his hips. He was deciding something, I knew. Most likely something that I wouldn’t like.
He wasn’t going to leave, and I couldn’t wait in fear for him to act, to violate me. I had to do something. I had to take charge while I still had the chance. I took a few deep breaths, attempting to steady my nerves and calm my racing heart.

I can do this, I told myself, getting back up to my feet. I can do this.
I made sure that my shirt hid my knife from view; there’s no need to let him know what I had planned. Then I walked over to the door, unlocked the chain lock, and opened the only barrier between predator and prey.

“Hey,” I called. I waited until he turned around. Seeing the fake smile on his face boiled my blood. “Do you want to come in for a while? Try to figure things out?”

“Oh, that would be great,” he said, walking back up the porch, “thank you. Are you sure you don’t have a phone?”

Damn it, I cursed myself. I knew I shouldn’t have told him that. He was looking for an easy victim. And what’s easier than a defenseless girl with no phone to call for help?

But I wasn’t defenseless. I had my knife, and I knew how to use it. And one thing I knew was that I would use it before I let him take advantage of me. But first, I needed to make sure that he truly was a bad man.

I smiled at him, flipping my hair to one side, and said, “Sorry, I like solitude. But I do have a car.” I led him inside and gestured to the couch. “Have a seat. Unfortunately, I’m taking medication that stops me from driving, but if you want to wait a little while, I can take you once it wears off.”

Once he sat down, I snapped my belt and let it, as well as my knife, slide to the floor, right where my feet would be once I sat down. In easy reach, just in case things got out of hand.

“So, Michael, what are you doing out here?” I asked, smiling brightly. Feigning interest.

“Oh, I was headed up to the park so I could hike the trail.” He shrugged his shoulders. “I don’t think that’s going to happen now though.”

“Yeah, probably not.” I watched his eyes rake over my body, undressing me, violating me in the manner I knew he would want to do with other parts of his body. He had better think again, I thought.

“Do you want to see me naked?”

“What?” His eyes grew comically wide; and that was when I knew he was going to try to rape me. His fake shock by my question was all the proof I needed.

“I just figured you’d want to have a little fun while you wait,” I said, a husky overtone permeating the cabin with each syllable. “If you don’t, that’s okay.”

But I already knew that he did. That was the real reason he was here. To have fun forcing himself on me. That sicko!

“It’s not that,” he said. “It’s just that I don’t really know you, and I don’t want you to get the wrong impression of me.”

No, I thought, I have the right impression. You see a young girl, thin, with just the hint of curves, perky B-cup breasts, flat stomach and a model’s face, and you want to take it by force.

“Well,” I said, giving him my best seductive look, “it’s up to you. If you don’t want to, just tell me to stop.”
I grabbed the hem of my shirt and slowly pulled it up my body. I heard a pleasant groan escape his lips when my perky, pale breast popped out, my nipples already erect from the anticipation of putting the pervert in his place.

I tossed the shirt to the floor, and then hooked my thumbs under the elastic waistband of my shorts, slowly pulling them down my hips and legs. It seemed that not wearing a bra or panties turned out to be a good thing.
His eyes blazed with lust as he took in my nude form, and I knew I had him hooked, even before glancing down to the increasing bulge in his jeans. “Do you like what you see?”

“Y-you are quite beautiful,” he answered. He gave me a nervous smile.

I saw through his charade; he wasn’t nervous, he was plotting. But so was I, and that should have made him nervous. 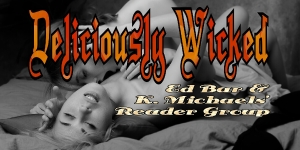